Human rights in the Islamic republic of Iran

Iran has a reputation for flouting international human rights standards, and unfortunately it continues to live up to this reputation. In recent years, unwarranted arrests and killings with political motivations have been rife, and suppression of any views perceived as dissent is strong. The major problems facing Iran democracy are outlined by Maryam Rajavi here: www.maryam-rajavi.com

There have been frequent protests against the Iranian government since December 2017, which have repeatedly been violently squandered, thus compromising rights to expression and peaceful protest. In December 2017-January 2018 alone, it is believed that 4,900 people were arrested and at least 21 killed.

In April 2018, Tehran’s Culture and Media Court called for all internet providers to block Telegram, a messaging service with more than 40 million users in Iran, in an attempt to quell protests. Facebook and Twitter are permanently blocked, along with a host of other websites. Iran resistance is constantly monitored and undermined by the government.

Iranian women experience discrimination and persecution across a wide range of issues. Famously, women are required to wear the hijab in public, and women who have publicly removed it in protest have been arrested and sentenced to up to 20 years in prison.

Women are also very much at the mercy of their husbands. They are unable to obtain passports or travel outside Iran without the written consent of their husbands, and men may also stop their wives from working in jobs considered to be against their ‘family values’.

The death penalty is legal in Iran for a range of offences. In recent years, the number of executions has declined somewhat due to changes in drug laws that decrease the circumstances in which drug offenders may be sentenced to mandatory execution.

It is reported that Iranians have been executed for crimes they committed as children, and certain groups, such as Kurds, are much more vulnerable to receiving a death sentence. Offences including adultery, homosexuality, apostasy, and ‘insulting the Prophet’ can be punishable by the death penalty. Other brutal punishments such as flogging are applicable to crimes such as extramarital sex and drinking alcohol.

Many religious minorities face prosecution and persecution in Iran. Followers of the Baha’i faith face many obstacles, including being prevented from enrolling in public universities. At the end of 2018, at least 79 Baha’is had been imprisoned in the country.

Christians who have converted from Islam have also been imprisoned for alleged ‘missionary activity’, and Sunni Muslims experience systematic discrimination. Minorities including Kurds, Azeri, and Arabs are widely restricted in their political and cultural activities.

These are just a small selection of the human rights abuses that have been documented recently in the Islamic Republic of Iran.

How to plan and prepare your world tour itinerary? 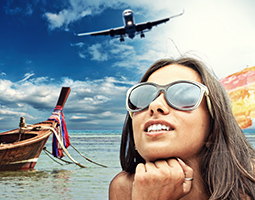